Here at the Gold Guys we love to educate our customers! Not only do we do this in the store during transactions, but here on our website, as well.

Platinum is the rarest and heaviest of all the precious metals on earth.  In fact, Platinum is so rare, every troy ounce ever mined from the ground since the beginning of time would fit in an average size living room.

It can take up to 5 months, and multiple tons of ore to produce just one troy ounce of Platinum.

Russia and South Africa produce up to 90% of the worlds Platinum share.

When World War II began, the U.S. government declared Platinum a strategic metal.  Thus, its use in non-military applications, including jewelry, was disallowed.

Because of its lustrous glimmer and strength, Platinum has been treasured in jewelry craftsmanship. However, jewelry craftsmanship only accounts for 40% of the Platinum extracted from the earth. The remaining 60% of Platinum is consumed by industrial applications.  Such as, its use in catalytic converters for automobiles, dental apparatuses, electronic components, and coating the nose cones of missiles.

Platinum is soft and can be surface tested to authenticate it’s purity.  Unlike Gold and Silver, however, Platinum does not lose any of its material on the stone.  All other precious metals lose a small fraction of their mass when performing surface testing. 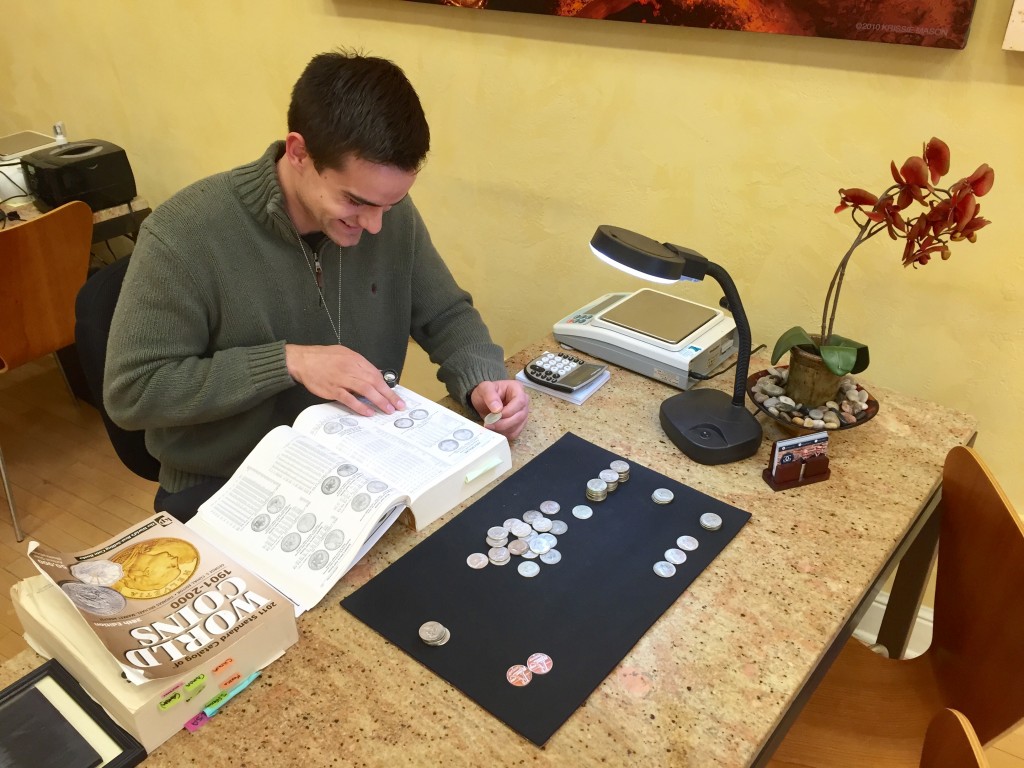 Did you know those silver coins you have in your pocket could be worth more than their face value?

One thing we love most at the Gold Guys is being able to educate our clients. So, let’s breakdown some information. Shall we?

Here’s what to look for when you’re sorting coins yourself:

1) Any coin that is pre-1965. This means dimes, quarters, half dollars, and dollars only. Once you have nickels and pennies out of the way, it’s time to sort through the rest of your coins. Find anything dated prior to 1965 and put those in a separate pile, or jar. These coins contain 90% silver!

4)The US mint sells “proof” coin sets. Proof coin sets are: dimes, quarters, halves and silver dollars that contain an, “s” mint mark directly under the face of the coin; which can indicate the proof is 40% silver. 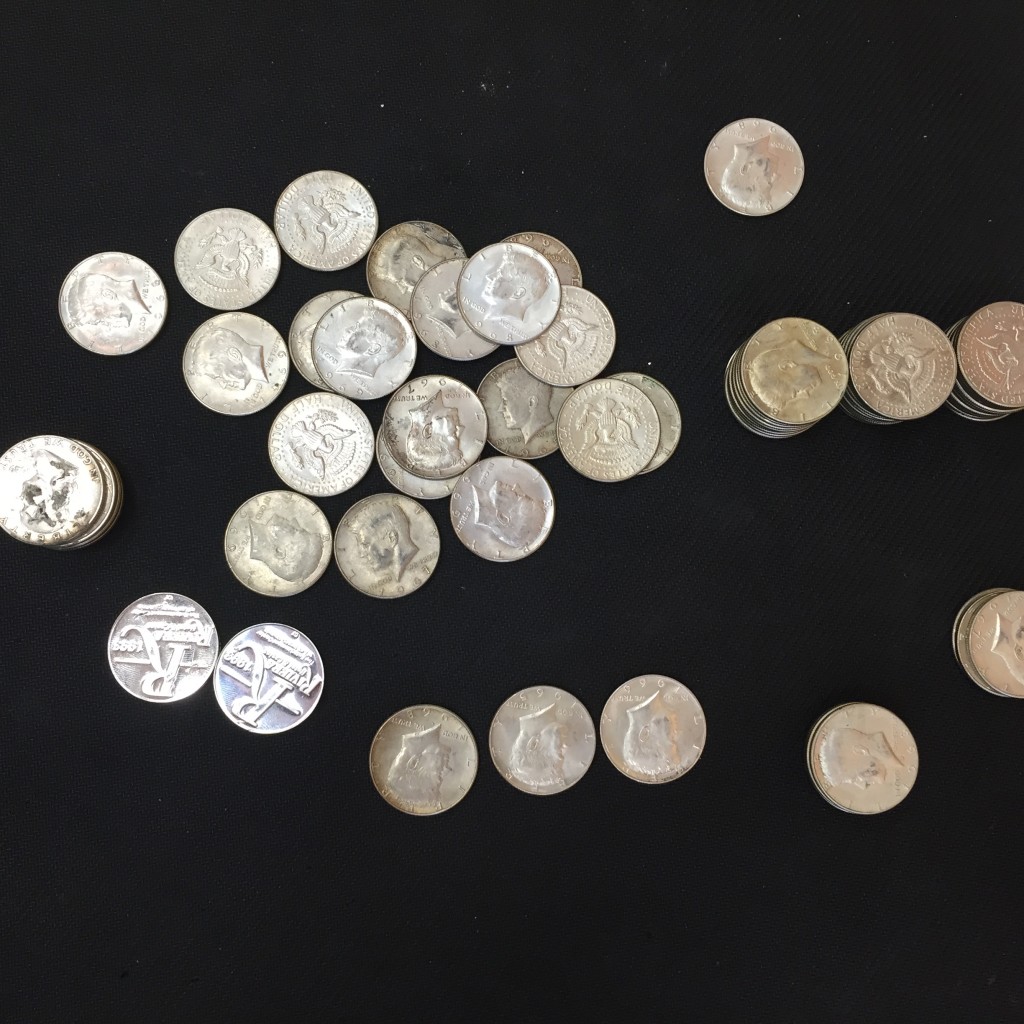 Now that you know how simple the process is, don’t you wish you’d learned these things earlier, so you could have started checking dates long ago?! It’s okay, now that you’re more savvy you’ll know what to be looking for!! If for any reason you’re unsure, or just don’t feel like going through all of those coins, just bring them into the nearest Gold Guys location and let us do the busy work for you! All of our staff have an extra appreciation and understanding for coins, and all of our stores have remarkably detailed coin books that aid us in verifying the precious metal content of not only U.S. coins, but foreign coins as well. So get busy!! Happy hunting and we hope to see you soon with the fruits of your labor!

We had a client visit our Roseville, CA, location who wanted to learn more about pre-1965 US coinage. After I explained what US coins contain silver and told him about all the exceptions, he decided it would be easier to bring his coin collection into the store for us to sort through. After our initial meeting, he returned a few days later with more coins than he originally brought to us.  I’m not talking about 20 coins but rather a five-gallon bucket full of pre-1965 coins! So for the next couple of hours my co-workers and I sorted, counted, and checked dates on at least four thousand coins, most of them being half-dollars and quarters. When we arrived at a total price, we couldn’t believe it…the check amounted to over $28,000.00!  The customer told us their father had collected the coins since he was a child and what they brought in was only HALF of his collection. This story goes to show, you never know what you might have; you could be sitting on a fortune and not even realize it! 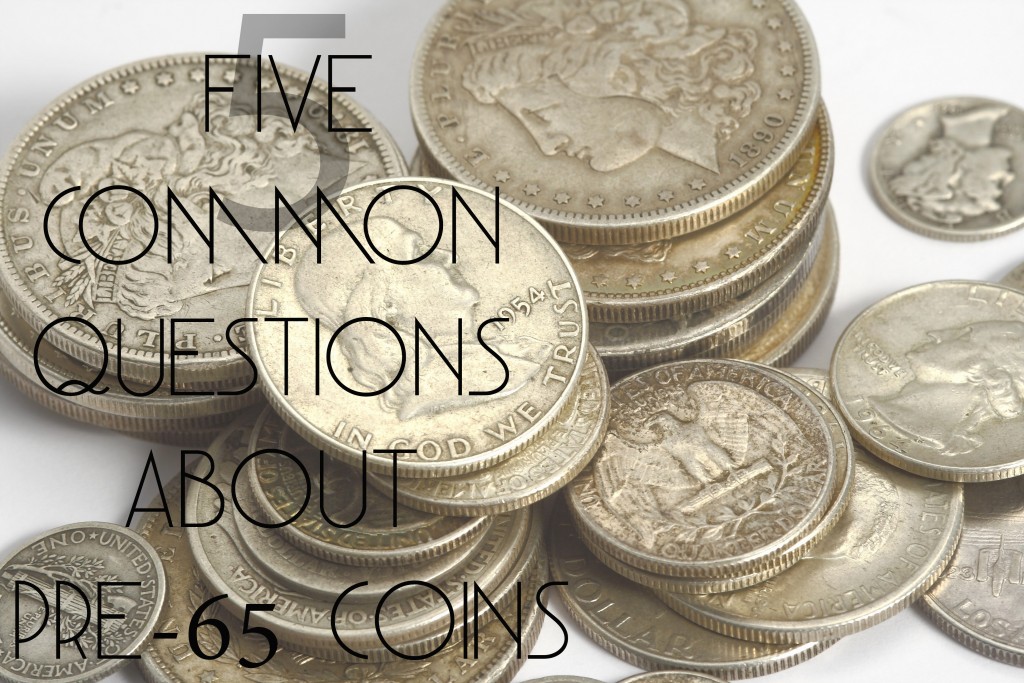 END_OF_DOCUMENT_TOKEN_TO_BE_REPLACED

A customer recently stopped by The Gold Guys in Duluth, MN, asking if we buy silver. He told me about the silver plated door knobs in his late 1800’s home. He theorized that the homeowners installed the silver plated door knobs to provide protection from spreading microbes, much like the hand sanitizer or antibacterial soaps do for us today. As a precious metals assayer, as well as a current doctor of pharmacy student, this customer’s story sparked my interest on the medicinal uses of precious metals today.

Apparently, the antimicrobial effects of silver utilized by the Duluth, MN, homeowners in the late 1800’s are still taken advantage of in modern medicine. Silver carries out its antimicrobial action when silver ions bind to and disrupt protective microbial cell membranes, inhibiting enzymes needed for survival  inside the microbe’s cell and i 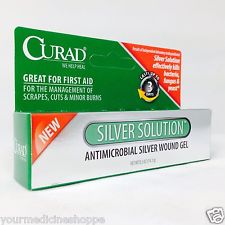 interrupting DNA replication needed for the microbe to replicate. Silver is considered a broad-spectrum antimicrobial, meaning it can act on a wide variety of microbes including bacteria and fungi. Silver is used in topical preparations, like CURAD® Silver Solution, to provide antimicrobial protection during wound healing. Bandages are also prepared with embedded silver particles, like Actisorb, as a dressing for wounds. In hospitals, silver medical equipment (surgical tools, needles, door handles, etc.) are being utilized more to help prevent the spread of the “superbug” MRSA. Additionally, prescription topical drugs, like silver sulfadiazine, are used to prevent infection in patients with severe burns.

END_OF_DOCUMENT_TOKEN_TO_BE_REPLACED 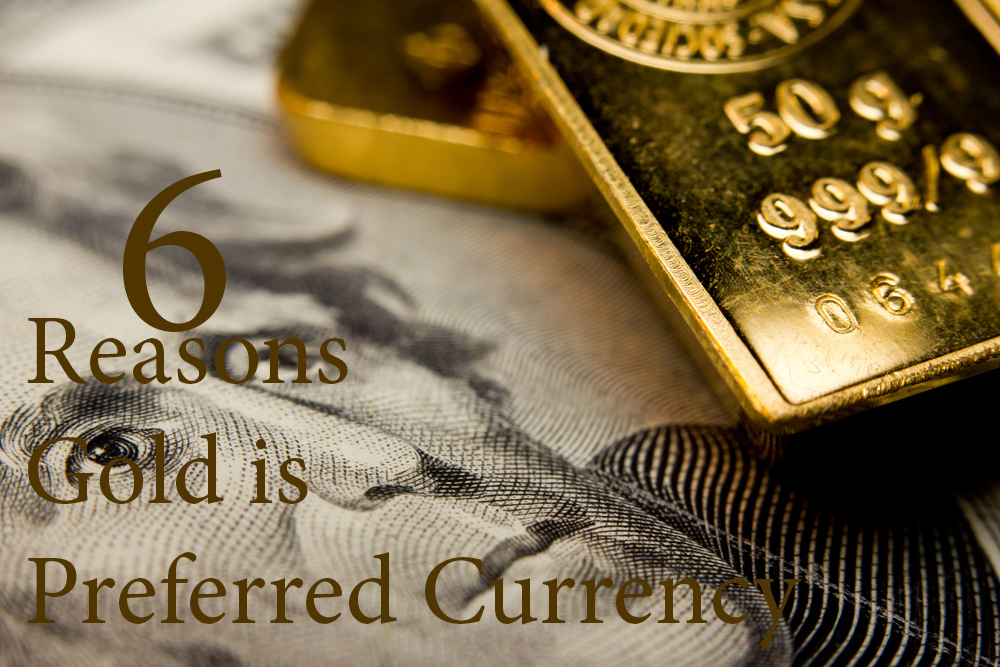 Beyond gold’s appeal for making beautiful jewelry, why is it used in creating currency? 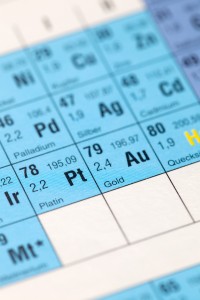 Out of all 118 elements on the periodic table,  gold was chosen as the preferred form of currency.

Many people fail to understand that gold has REAL value attached to it. 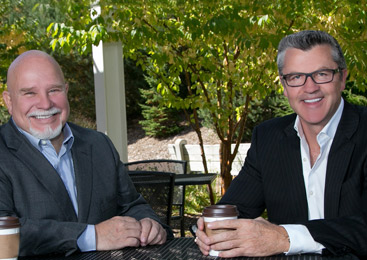 While our brick and mortar stores will be temporarily closed during the COVID-19 crisis, we will continue to serve you via our FREE MAIL IN SERVICE. We will also be open every Wednesday at our Woodbury location by appointment only.

For questions or to make an appointment please call 651-503-8732 or email us at: info@goldguys.com