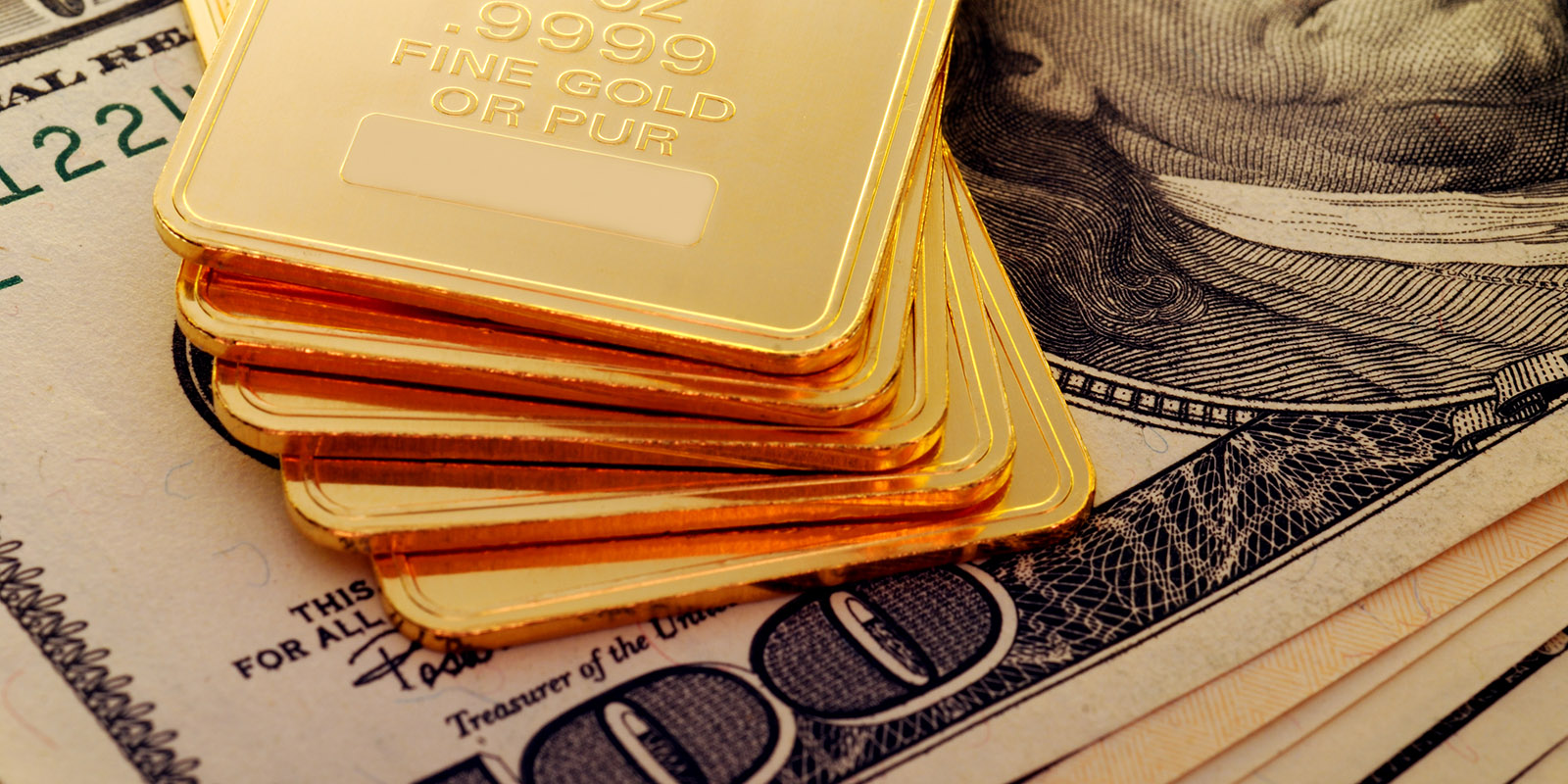 The beauty of gold has captivated humans for thousands of years, and while it has always been cherished and sought after for its shine and elegance, it also used to serve a much larger purpose.

During the era of the gold standard, gold was a critical component of the global economy, affecting everything from international trade to the value of currency.

Here is a closer look at how the gold standard and fiat money compare to one another and why both are still important to the present-day economy.

What is the gold standard?

The gold standard is a monetary system under which the value of a country’s currency is linked directly to gold.

Under the gold standard, a country would set a fixed price for gold and would only buy and sell gold at that specific price. That fixed price would be used to determine the value of the country’s currency.

A brief history of the gold standard

Today, the gold standard is not currently being used by any government. In the U.S., the gold standard began in 1900 with the passing of the Gold Standard Act, before effectively coming to an end in 1933 when President Franklin D. Roosevelt outlawed private gold ownership. It wasn’t until 1973, however, that the U.S. fully moved off of the gold standard.

Advantages of the gold standard

The primary advantage of the gold standard compared to fiat currency is that it is much more resistant to inflation. The limited supply of gold and the inability of the government to create more of it at will helps prevent rapid changes in the valuation of currency over relatively short periods of time.

However, history shows that strict adherence to the gold standard can lead to economic instability and political unrest, as we saw in the years leading up to and following World War I.

What is fiat money?

When the gold standard was phased out, it was replaced with the system of fiat money, which is now the prominent form of money valuation in every country in the world. The dollar is the U.S.’s form of fiat money.

Fiat money is the term used to describe currency a government has ordered to be accepted as a means of payment. It has no intrinsic value and is only assigned worth based on the fact that it is defined as legal tender by the government (in addition to economic principles such as supply and demand).

The value of fiat money is not based on any physical commodity and is allowed to fluctuate dynamically against other currencies on foreign exchange markets.

The key upside of fiat money is actually tied to the fact that it is not a scarce resource like gold or silver. Because the government and central banks have close control over its supply, they are able to help manage economic variables such as credit supply, interest rates, liquidity, and more.

This does come with risks, however, and can lend itself to bubbles and instability as we’ve seen during times of financial crisis like the late-2000s.

The role of gold today

We’ve been completely removed from the gold standard for five decades, and the price of gold is now determined largely by the demand for it in the marketplace. And one of the key drivers of the demand for gold historically has been economic uncertainty.

Gold is still a major financial asset for both countries and central banks, serving as a way to hedge against loans and as an indicator of economic health. Gold is a popular hedge against risk among individuals, as well, making events like the COVID-19 pandemic major drivers of the demand and price of gold. 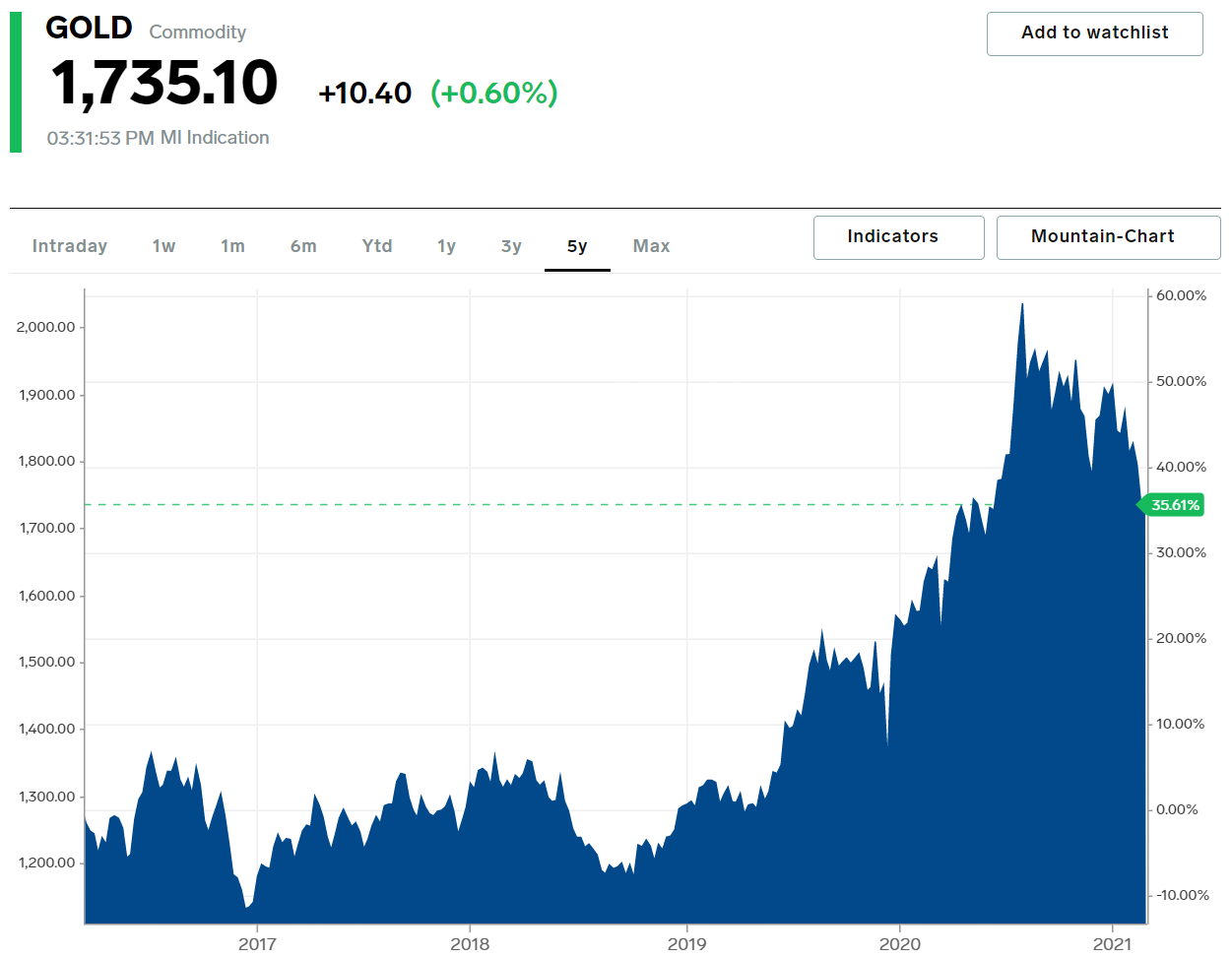 Cash in on your gold today with Gold Guys

The price of gold is higher now than it has been in years, meaning now is the perfect time to see what your items are worth. At Gold Guys, we are dedicated to getting you a high price for your gold and other precious metals while ensuring the process is easy and painless. We work with you to ensure you’re in control of the transaction from start to finish at no cost to you.

Contact us today to learn more about selling your gold, jewelry, and other precious metals for a great price with Gold Guys.