Jewelry, coins, bullion, and other items made from precious metals are popular in today’s market due to their exceptional beauty and high value. Gold has always been the most popular and highly sought-after of all the precious metals, but silver, platinum, and palladium have significant value, as well.

While silver, platinum, and palladium all look very similar in color and are even often mistaken for one another to the untrained eye, each has its own unique characteristics that help determine its value.

Here is a breakdown of the key differences and similarities between silver, platinum, and palladium.

We all know silver for playing long-time second fiddle to gold, and it is by far the most common of these three precious metals, seen everywhere in the forms of jewelry, coins, silverware, and bullion.

Silver is a softer metal that is highly malleable and is more susceptible to wear and tear like corrosion and scratches. While silver is resistant to corrosion, it can still corrode.

Silver has a much lower price than platinum and palladium, due largely to its abundance in nature compared to the other two. This lower price makes it easier to sell and use toward smaller purchases.

Not only is silver abundant in nature, but it is also found just about everywhere in the industrial world, with much of its value being drawn from its usability in various applications, such as appliances, electronics, cars, and even clothing. Described as the world’s most indispensable metal due to its high conductivity and low resistivity, the demand and price of silver are largely impacted by the global economy.

The price of silver had been fairly stable over the past five years before seeing a sharp increase during the summer of 2020 – making now the perfect time to sell silver jewelry, coins, and other items. 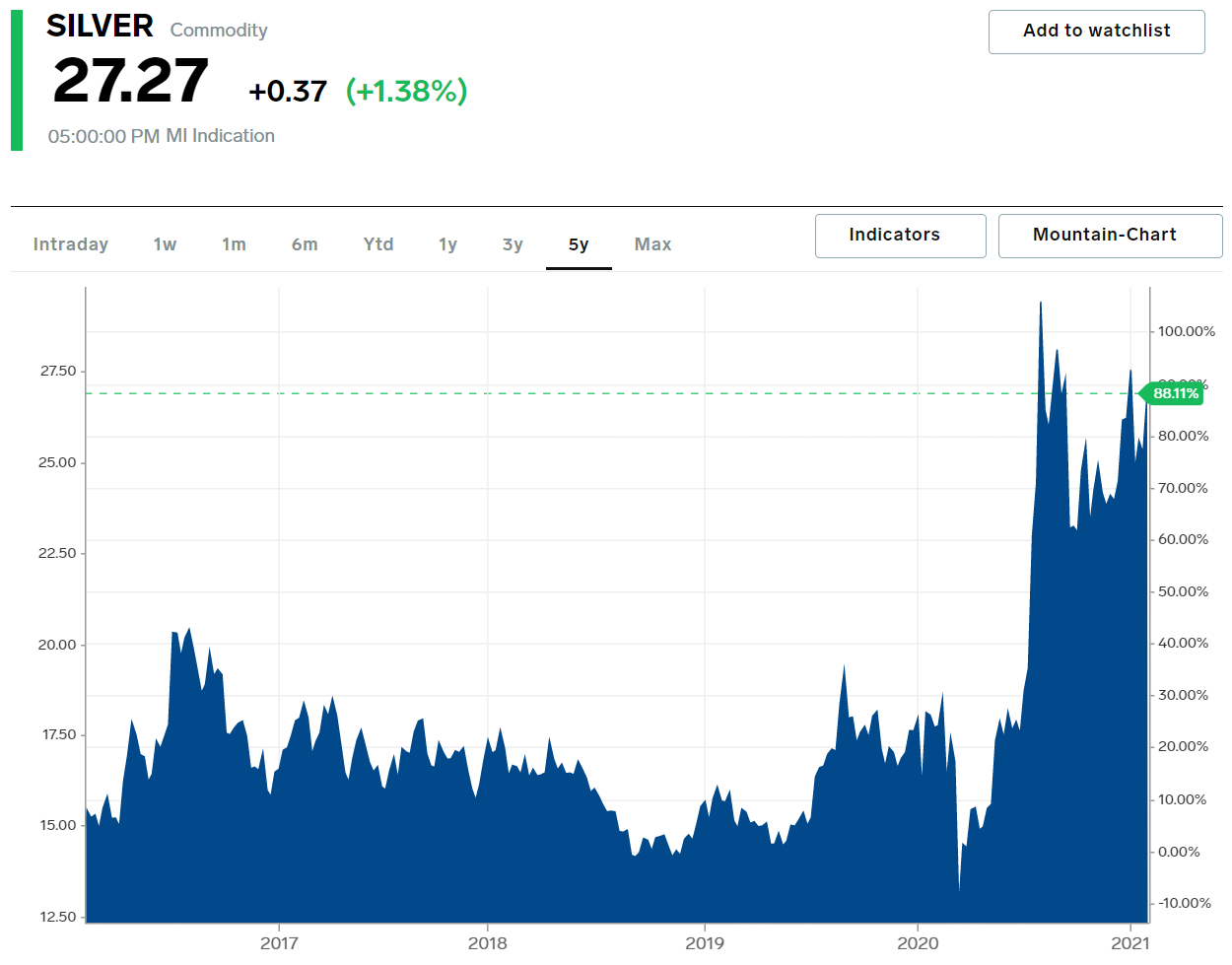 Platinum is one of the world’s rarest metals – and its price reflects this. It is incredibly dense and more resistant to scratches than its gold and silver counterparts, resulting in platinum jewelry being very bright and durable.

It can be found in coins across the globe today, but this was not the case until fairly recently. In fact, there were no platinum coins minted in the U.S. until 1977. Platinum coins today are known for their unique patterns and designs, and for their ability to hold details longer than silver or palladium coins.

Similar to silver, platinum also has a number of industrial uses, with the most common being in automotive and electronics applications. This results in the demand from the auto industry often directly correlating with the global demand for platinum.

Platinum also has a stable supply, with more than 70% of the world’s platinum coming from South Africa. 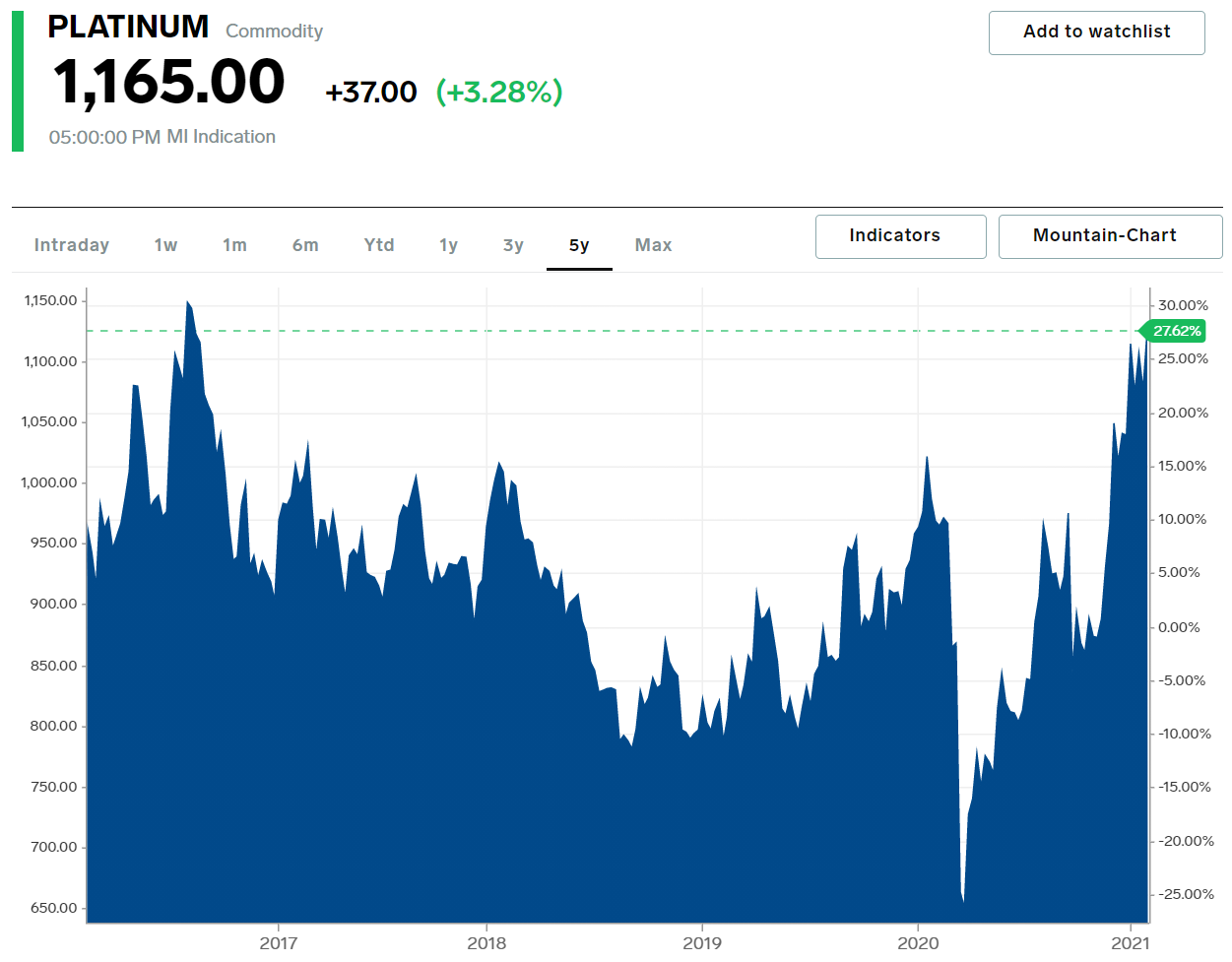 Palladium is very similar to platinum but is a bit darker in color and weighs about half as much – which is typically considered the most discernable difference between the two. There are many palladium pieces in existence today, but perhaps its most popular use in jewelry is in combination with gold and other metals to create the highly sought-after white gold.

Palladium one of the earth’s most durable elements and is a precious hard metal that resists corrosion – much like platinum – but is more abundant in nature. Also like platinum, it is used in the automotive industry for gas-powered engines and experiences some correlating shifts in demand, as well.

The price of palladium is much higher than that of both silver and platinum and has been increasing at a steady rate over the past five years. It is now priced at more than $2,300 per ounce, making it an extremely valuable precious metal in today’s market. 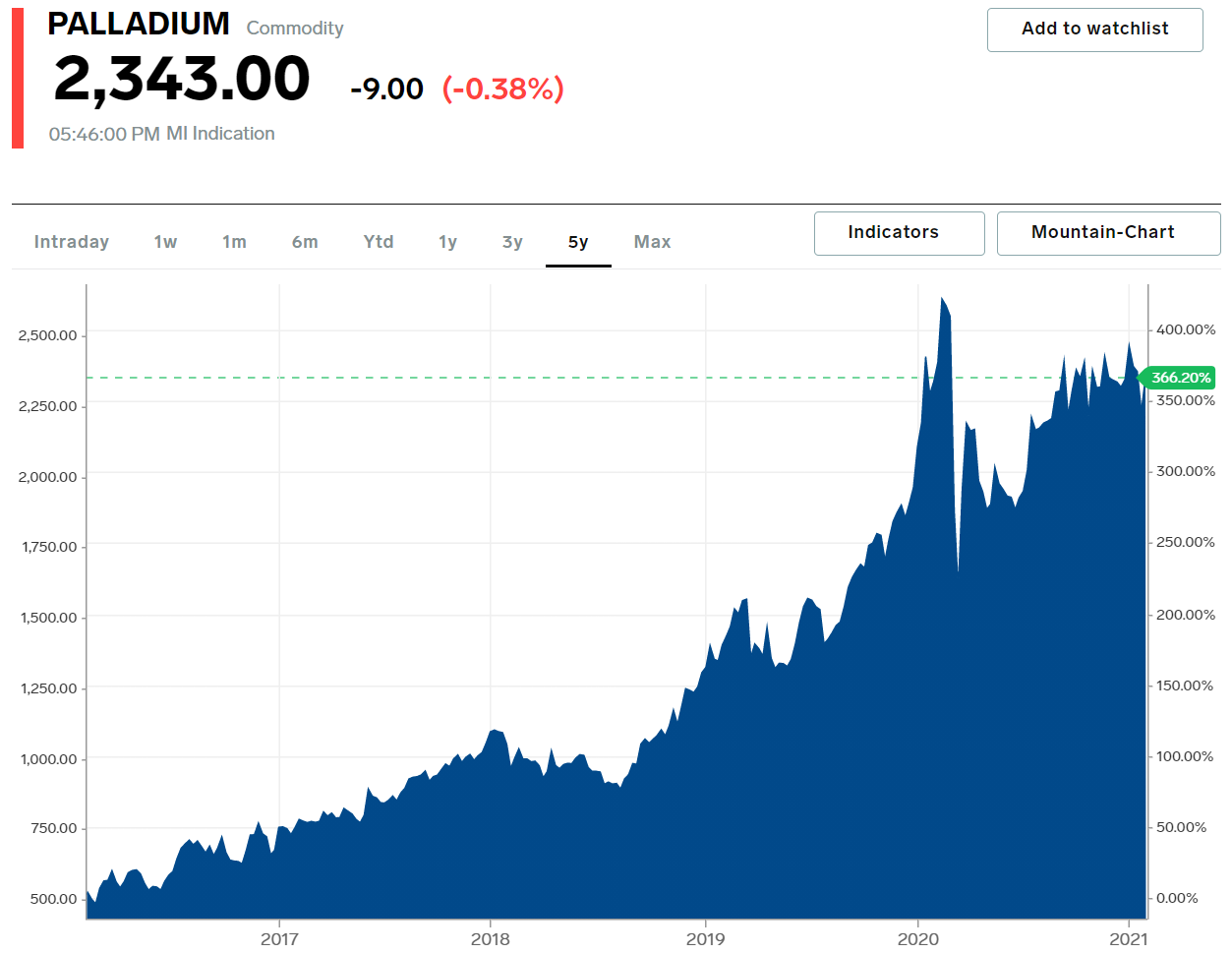 Get more for your precious metals with Gold Guys

That’s where the Gold Guys come in. We specialize in helping you sell your items made from silver, platinum, palladium, and other precious metals, ensuring the entire process is easy along the way. With spot prices for these metals higher now than they have been in years, it is a great time to sell.

Contact us today to learn more about selling your precious metals for a great price with Gold Guys.