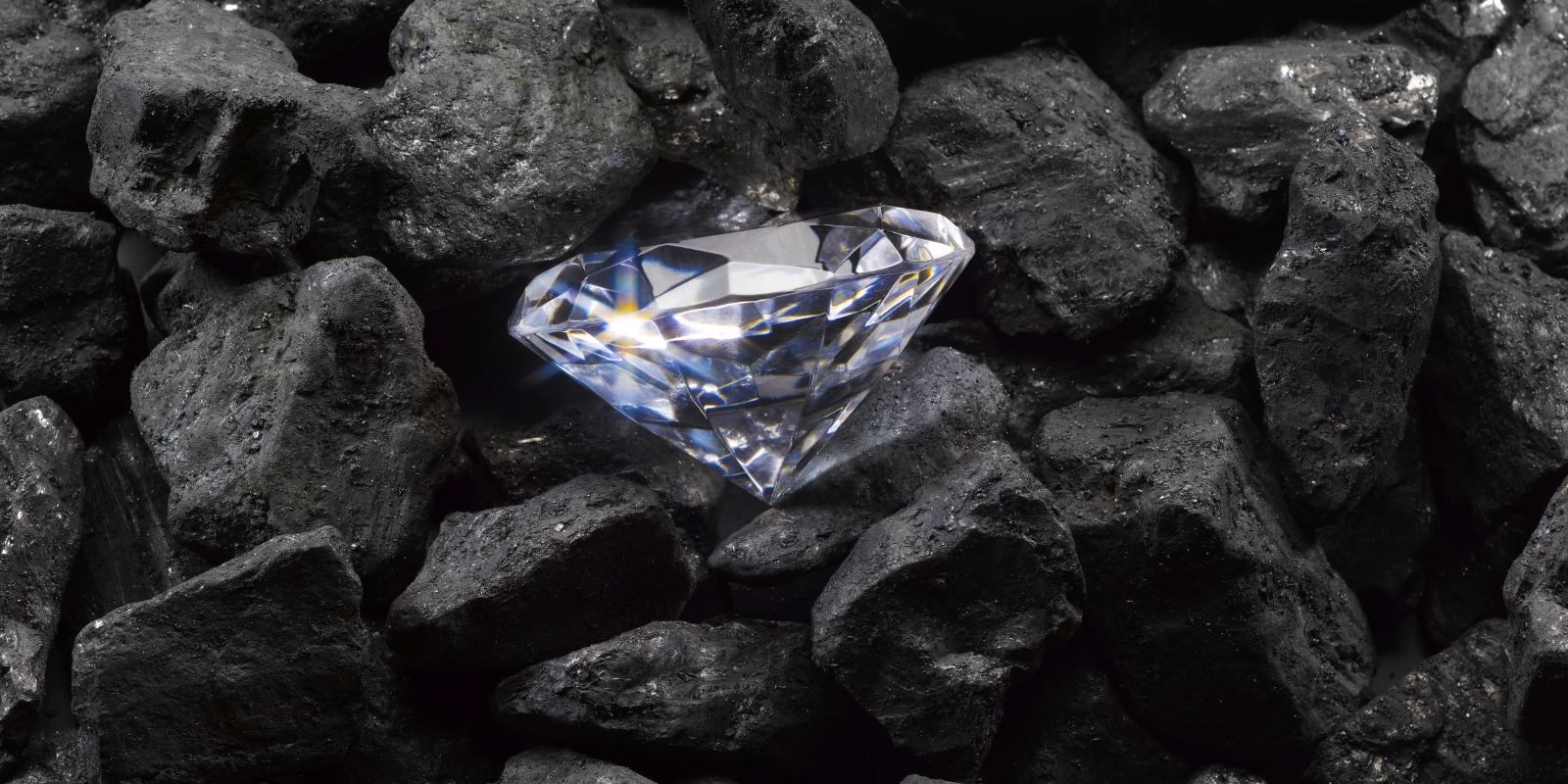 The diamond is and always has been one of the most cherished items in our world’s existence. Apart from being a breathtakingly beautiful and naturally occurring stone, diamonds have also come to serve as an undying symbol of love and commitment.

The path diamonds have taken to reach their current modern state has been one of great interest, from its role in ancient eastern trade routes to its expansion into the present-day jewelry landscape. Here is a closer look at the history of diamonds that has helped make it one of the world’s most beloved jewels for thousands of years.

In composition, diamonds share several common characteristics with coal, in that both are formed under extreme heat and pressure and both are composed of carbon – the most common substance on earth. The primary difference between the two lies in how the carbon atoms are arranged and in how the carbon is formed.

The discovery of diamonds

The use of diamonds in human society dates back to the 4th century BC, when they were found in India and gathered from rivers and streams. The majority of these early stones were transported along the Silk Road – a network of trade routes connecting India and China – and were initially valued for their strength and brilliance and for their ability to refract light and engrave metal.

Early uses for diamonds include:

Eventually, Indian diamonds found their way to western Europe in caravans that traveled to Venice’s medieval markets. By the 1400s, they were quickly becoming fashionable accessories highly sought after by the European elite.

India was thought to be the only source of diamonds on earth until the 18th century, when Indian diamond mines became depleted and the search for new, untapped sources began.

Brazil quickly became a popular source and soon dominated the diamond market for more than 150 years. Subsequent discoveries in South Africa led to the opening of the first large-scale diamond mining operation in the world in the late-1800s, known as the Kimberly Mine.

In 1888, De Beers Consolidated Mines Limited was established and by 1900 controlled 90 percent of the world’s production of rough diamonds. This played a leading role in dramatically increasing the world’s supply of diamonds – but because of this, it also decreased their value at the time. The elite soon began replacing what was now seen as a more common stone with colored gemstones like rubies, emeralds, and sapphires.

Diamonds as a testament to love

Today, diamonds are closely associated with love, engagement, and marriage – a use that dates back to ancient Rome. Diamond rings began being worn on the third finger of the left hand, as the Romans believed the vein in this finger ran directly to the heart. This practice is still followed today worldwide.

While diamond rings today are closely associated with marriage, however, the Romans would also gift them as “betrothal rings” to signify affection or friendship.

The role of diamond rings as engagement rings began in 1215, when Pope Innocent III declared a waiting period between betrothal and marriage, with the rings symbolizing the commitment in the interim. Around the same time, diamond rings also became a key component of wedding ceremonies.

While the table was set for the concept centuries earlier, the idea that diamonds should be the only choice for engagement rings began in 1947, when De Beers hired the ad agency N.W. Ayer to drive home this premise. The campaign was wildly successful and contributed greatly to the current tradition of engagement rings.

Diamonds continued to grow in mainstream popularity and jewelers began experimenting with new ways to enhance their appeal and presentation through new techniques relating to cutting, shape, and color.

Sell your diamonds with Gold Guys

After centuries of growth and evolution, diamonds remain among the most prized possessions one can attain, still serving as a symbolic testament to lifelong love. Due to the significant retail markup on diamonds, some offer a great deal of value. Should you have the need to sell after an unfortunate divorce or inheritance, Gold Guys is here to help.

Through Gold Guys’ diamond auction platform, we provide sellers with increased exposure, increased bid values from professional buyers, online tracking, insurance, and more to help you get more for your diamonds and diamond jewelry. Diamonds can also be sold through our mail-in service or through an in-person valuation.

In addition to offering a streamlined online diamond auction service, the Gold Guys are also dedicated to helping our customers receive maximum value for their gold and other precious metals, including coins, bullion, dental work, sterling silver, and more.

Contact us today to learn more about maximizing the value of your diamonds and precious metals.