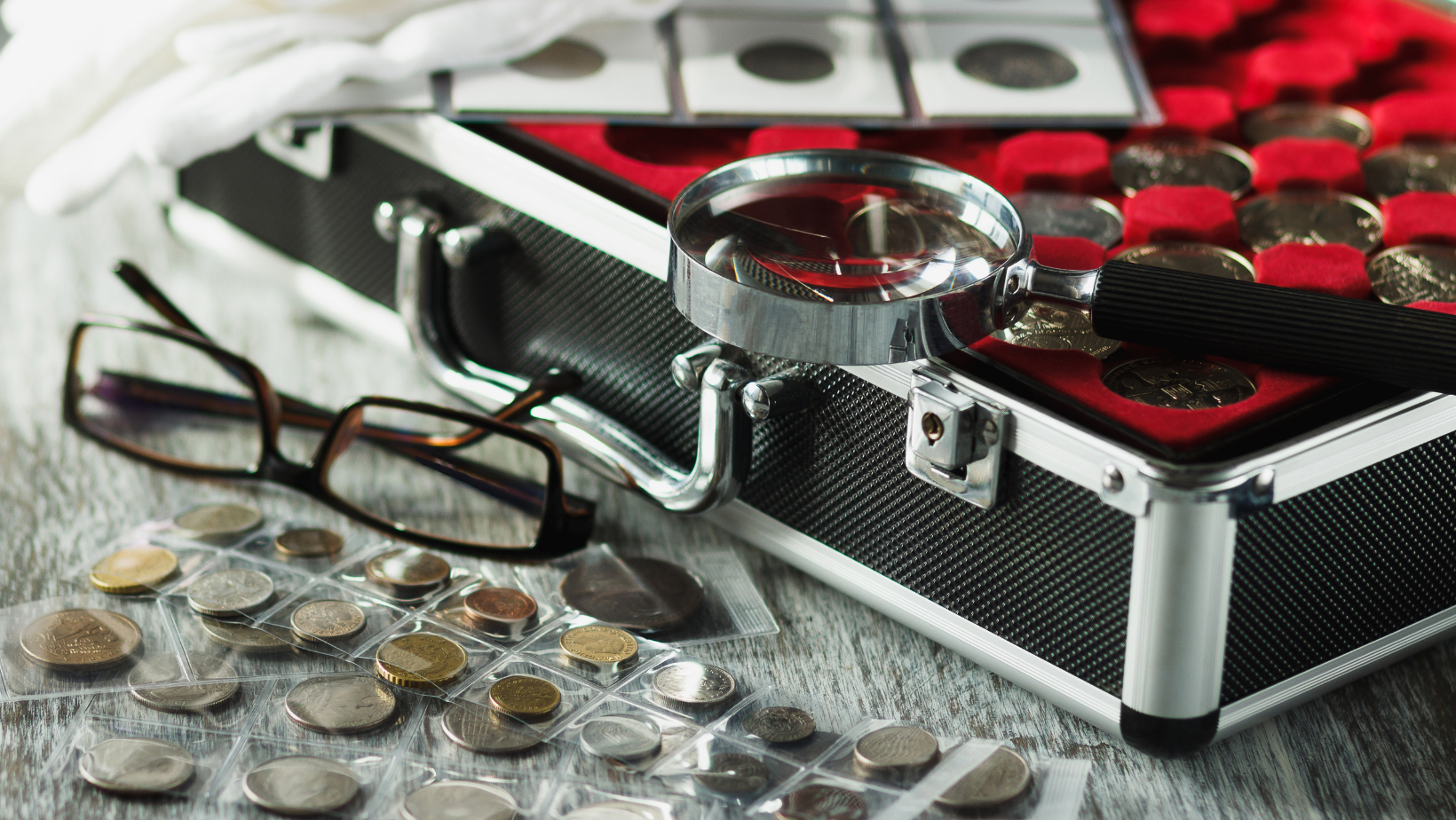 Here are some of the coins included in the collection.

The 1980 American Arts Commemorative Series Gold medallion celebrating the life of Marian Anderson. She is recognized as one of the most celebrated singers of the twentieth century, performing concerts and recitals in major music venues as well as with famous orchestras throughout the United States and Europe. As an African American woman, she was widely credited with assisting the breakdown of color barriers in the musical arts.

The obverse design of this medallion features a portrait of Grant Wood wearing his glasses and an open-collared shirt. On the reverse side is an image of his most notable painting American Gothic on an easel. The painting depicts a farmer holding a pitchfork with his daughter standing in front of their house. The obverse is inscribed with “Grant Wood”, while the reverse reads “American Arts Commemorative Series” and the date “1980”.

The Grant Wood American Arts Gold Medallion represents one of the inaugural issues of the series. There was no notation of the gold content or an issuing authority included on the pieces, a mistake that would be rectified later in the series. The medallions were struck in a composition of 10% copper and 90% gold with a plain edge.

Amidst a number of notable design changes, the series entered its third year of issue with a coin honoring musician Louis Armstrong. He was known for playing the trumpet and cornet, as well as composing and singing. He is widely recognized as one of the most influential figures in jazz, with his impact extending into popular music near the end of his career.

The obverse design of the one-ounce medallion features a right-facing three-quarters portrait of the musician. He appears in his youth with a jovial expression and broad smile. The reverse side features the image of a trumpet with musical notes and the inscription “Ambassador of Jazz”.

Discover More About Your Collectible Coins with Help from Gold Guys

If you have been holding onto any of these or other coins you’re curious about, the dedicated and experienced team of experts at Gold Guys is here to help. We deliver unmatched industry knowledge to help our customers know what their pieces are worth and, if desired, sell them for a great price–smoothly and successfully.

In addition to buying rare and collectible coins, we also buy bullion, dental scrap, jewelry, diamonds, sterling silverware, and other items in gold, silver, platinum, and more. We’re proud of our A+ rating from the Better Business Bureau, which speaks to the dedication and level of service we provide to each and every customer.